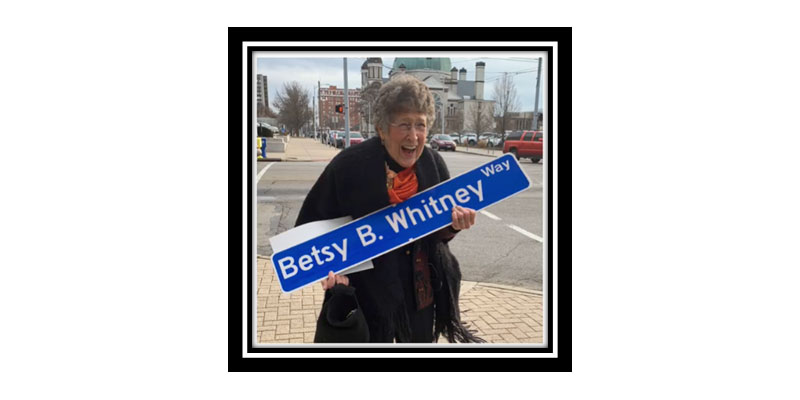 Betsy Whitney has been associated with the Dayton Philharmonic and the DPVA for many years.  She and her late husband Lee are well known by Dayton music lovers for their vision to sponsor free community concerts by the Carillon Brass, a brass quintet comprised of members of the Dayton Philharmonic Orchestra.  Lee started the tradition in honor of his parents, Richard A. and Mary T. Whitney who loved music and the holiday season, just like Lee and Betsy.  Knowing that the sound of brass instruments is a perfect fit for Christmas music, Lee approached Charlie Pagnard, Principal Trumpet and leader of the Carillon Brass, with his idea and the tradition was born!   And those bright red plaid pants worn by the members of the quintet are a further tribute to Lee. 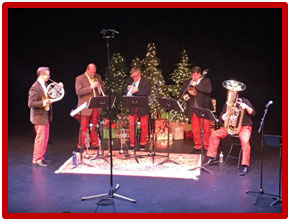 Support of the Philharmonic is just one small part of Betsy’s community involvement.  She was recently recognized as the longest serving volunteer with the Dayton YWCA.  She started her volunteer work in 1957 and joined its Board of Directors in 1969.  Inspired by those 50 years of service, Betsy was recently honored with an honorary street designation during a reception and unveiling ceremony.

Paul Helfrich, president of the DPAA, has had a long association with Betsy and her late husband.    He said “I don’t know of any couple that has ever better exemplified the spirit of giving, the spirit of philanthropy, the spirit of giving of yourself to leave your community better than when you found it, than Betsy & Lee Whitney.”

Betsy has been the inspiration for many DPVA members and volunteers with her invitation to her friends to get involved.  With her dedication to community service, it’s a sincere honor to include her as part of the DPVA family, and we are proud to shine a spotlight on her work.