Loss in the DPVA Family

DPVA is deeply saddened by the loss of former president Doris Ponitz.  Doris died Tuesday, December 1, 2020.  She was a tireless volunteer in the Dayton community, giving her time and energy in furthering education and enriching the community culturally.  She served as president of DPVA from 1981 – 1983. 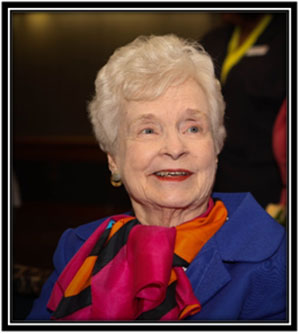 Her interest in music started with her years as a music teacher in Michigan and continued when the family moved to Dayton in 1975.  She became active as a volunteer with the Dayton Philharmonic Women’s Association, later named the Dayton Philharmonic Volunteer Association.  She enjoyed giving her time as a docent and was instrumental in initiating a program called Symphon-Ears which helped young fourth, fifth and sixth grade students understand what they were hearing before attending a Dayton Philharmonic performance.  That program evolved into the Young People Concert Preview program which remains an important part of DPVA’s current work.

Her interest in the Dayton community led her to work as a leader in many organizations including the DPVA, YWCA, DCDC, WPTD-TV, the Centerville-Washington Twp. Education Foundation, and the United Theological Seminary.  “To rest is to rot. If something isn’t right, rather than resigning, I work to make it better,” was a philosophy by which she lived her life.

Mike Parks of The Dayton Foundation describes her this way: “Doris Ponitz was a true role model of what it means to be a community volunteer. From championing the arts to ensuring opportunities for youth, Doris selflessly gave of her time, talent and resources for so many community efforts. She leaves behind a tremendous legacy for Greater Dayton.”

In lieu of flowers, Doris’s family asks that tax deductible donations be made to carry on her legacy of love.  They suggest The Doris Ponitz Memorial Fund #8584, c/o The Dayton Foundation (1401 S. Main St., Suite #100, Dayton OH 45409 or your favorite arts organization.  A donation to DPVA would be a fitting way to help keep her dedication to the musical and cultural growth of Dayton area students alive.