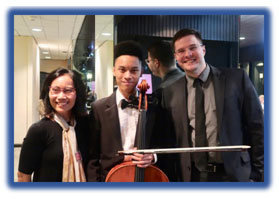 It was an evening of celebration when DPVA members gathered for their annual holiday party.  The event was held at The Dayton Club, a warm and welcoming location full of glittering holiday sparkle.  Members enjoyed a variety of hors d’oeuvres as they settled in for the evening.

First to be celebrated was the talent of two of the David L. Pierson Young Musician’s Concerto Competition Winners.  Daniel Dorsey is a 16-year-old cellist from Cincinnati.  He is a junior at St. Xavier High School who has been playing piano and cello since the age of 5.  His evening performance was Pezzo Capriccioso by Tchaikovsky.

Also on the performance program was flutist Sofia Geelhood.  She is a junior from Beavercreek who has been playing since fifth grade.  She is currently a member of the DPYO.  She performed Poulenc’s Sonata for Flute and Piano.

A second celebration for the evening was the 250th birthday of Beethoven.  This is an ongoing celebration by the Dayton Philharmonic Orchestra for this performance season as well as the next.  DPVA members recognized his life and works with a large cake in his honor. 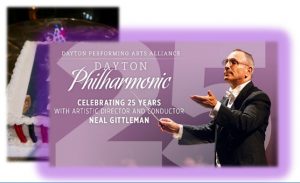 The third and most significant celebration for the evening was the 25th anniversary of Neal Gittleman as the Dayton Philharmonic’s conductor.

Tribute was paid to his amazing leadership through the presentation of a $32,400 donation to the Dayton Performing Arts Alliance from the DPVA.  It was more than fitting to offer a Champaign toast to Neal’s 25 years in front of the DPO.  Cheers!  And here’s to the hope of many more years to come! 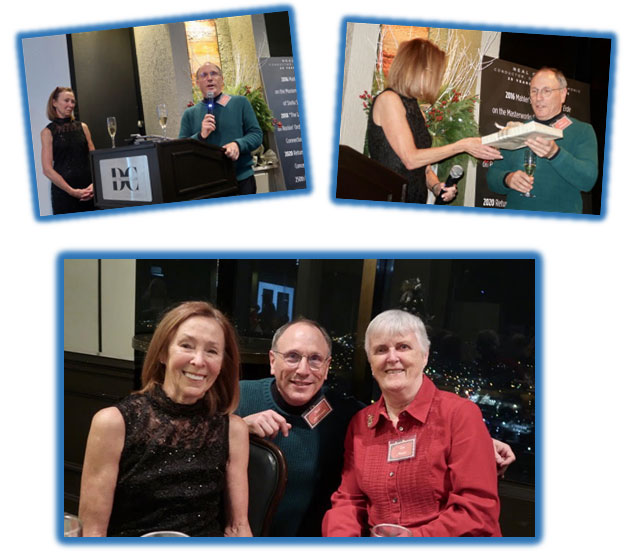