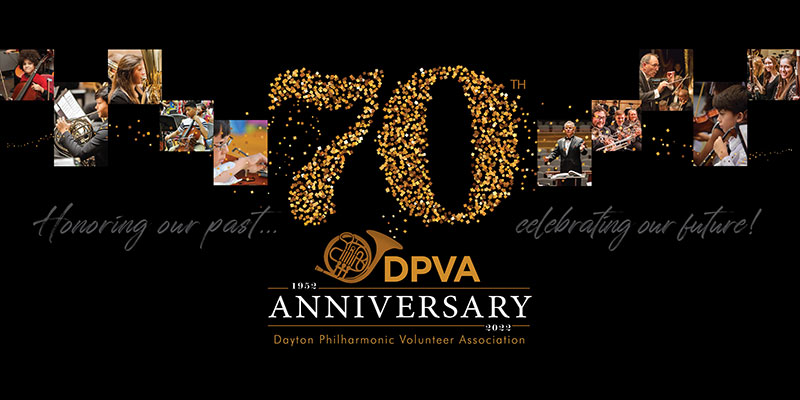 As you consider your year-end charitable giving, don’t forget The Dayton Philharmonic Volunteer Association’s 70th Anniversary fundraising campaign. We have set ourselves a goal of $50,000 by the end of December, and it is not too late to be a part of this effort. If you have not yet had an opportunity to send your gift, there is no time like the present. You may send your donation to:

Or you can donate online at https://dpva.org/donation

Once again, thanks to all of you for your generous ongoing support!